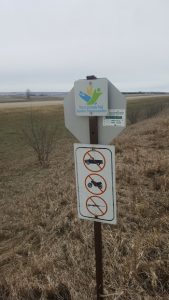 The Trans Canada Trail is now connected across Manitoba.

Manitoba is the seventh province or territory in Canada to have a connected path, following Newfoundland and Labrador, Nunavut, Prince Edward Island, New Brunswick, and Saskatchewan.

The Trans Canada Trail, now called The Great Trail, began as a dream in 1992. Twenty five years later, the goal is to have it connected from coast to coast to coast for Canada’s 150 anniversary celebrations in 2017.

The Trans Canada Trail, now called The Great Trail, began as a dream in 1992. Manitoba is the seventh province or territory in Canada to have a connected path. (Source: Beth Macdonell/CTV Winnipeg)

“It is such a magnificent adventure,” said chairperson Paul LaBarge. “It’s a love of our country, and a love of countryside, and you see people just understanding as they use the trail, how much it allows them to see Canada as it really is.”

LaBarge made the announcement Sunday in Winnipeg at Fort Whyte Alive, which runs along a portion of the trail.

“They’re slogging through muck and junk and all sorts of terrible things to figure out where it should go. Then they’re putting down the flags, and then building the thing, and then they’re out using it,” he said.

A connected Trans Canada Trail though, doesn’t mean a completed trail. Completed sections have a dedicated trail and signage.

There are spots along the route where cyclists and hikers will need to venture on to roadways before returning to more natural setting.

LaBarge said the goal in the next 25 years is to get dedicated trails in place.

Three quarters of the trail is on land, one quarter is on water.

The organization said 80 per cent of Canadians live within 30 minutes of the trail.

It said Nova Scotia will be connected in July, Ontario in August, Alberta, Quebec and Northwest Territories in September, and British Columbia in October.

People are invited to download an app called The Great Trail, which provides users with a GPS-activated map of the trail. 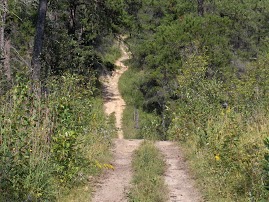