Ride for Mom raises over $12,000 for CancerCare Manitoba

In June of 2017, 800 riders descended on the only trail in Manitoba on Crown land that is signed and maintained
by Karen Kornelsen | 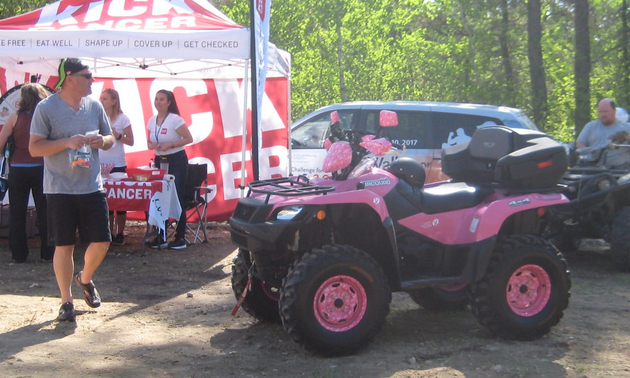 CancerCare Manitoba is working to change lives by raising funds for patient care, support and research. Deborah Nicol, former president of the Eastman ATV Association, knows first hand how important this is as a breast cancer survivor herself.

Nicol brought the idea of doing a Ride for Mom on ATVs to the Eastman ATV Association board, they loved the idea, and work began for the first annual ride in 2016. It was so successful, they decided to do it again. The 2nd Annual Ride for Mom, sponsored by Adventure Power Products, took place on June 3, 2017, and was a massive and overwhelming success with 800 participants and over $12,000 raised for CancerCare Manitoba. 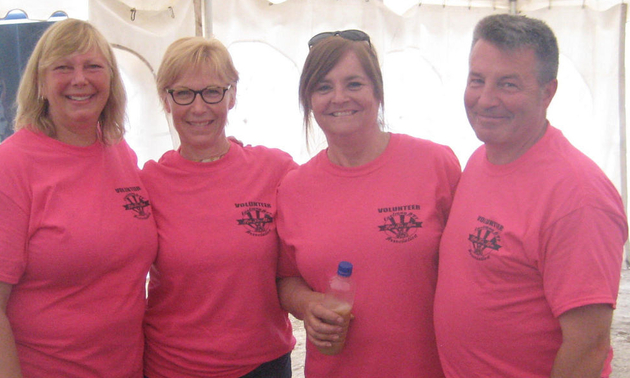 “For me, being a breast cancer survivor, the Ride for Mom meant a lot because it gave me an opportunity to deal with my own cancer as well as to give back to the great support and care I got,” she said. “Everyone was so gung-ho about it, it kind of went from there. We had an amazing, successful first year and decided to do it again.”

In 2016, for the first ride, the club was nearing completion of its new trail in Sandilands Provincial Forest, about an hour from Winnipeg. The club spent six years building the first-ever trail on Crown land that’s signed and maintained. It stretches nearly 90 kilometres. The club, along with the All Terrain Vehicle Association of Manitoba, opened the trail, and then the next day, held the first Ride for Mom. Fast forward to this year, the trail is now in season two and the response for this year’s Ride for Mom was even more overwhelming than the last. 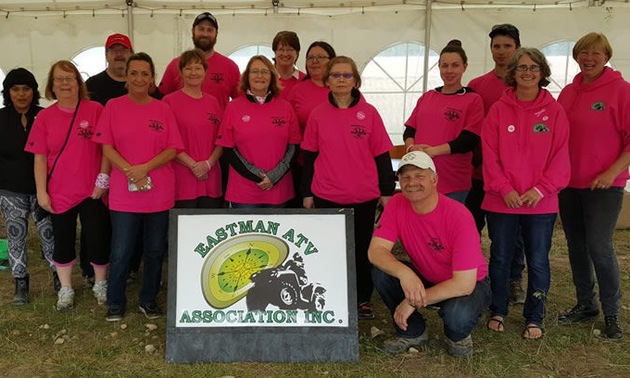 Members of the Eastman ATV Association at the 2017 Ride for Mom.
— Deborah Nicol photo

“We actually had to put a cap on the number of riders because the trail is in the Sandilands Provincial Forest,” said Nicol. “The trail can only handle so many ATVs since it takes a huge toll on the trails. We also made it a ride, not a derby, since we really wanted this to be a family event and encourage women and children to come out and ride.”

On June 4, 2017, the ride started at the staging site for the trail at the end of Dawson Road, right at the beginning of the Sandilands Forest, east of Richer, Manitoba. The Ride for Mom involved doing an approximately 80-kilometre loop with a halfway point where “Awesome Dog” served enough hotdogs for 800 people. Extreme Medic also volunteered its time and had an ambulance on site. 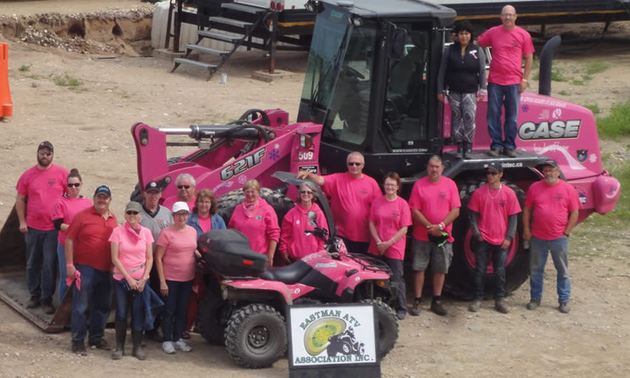 Members of the Eastman ATV Association at the 2017 Ride for Mom.
— Deborah Nicol photo

The ride involved an incredible amount of community involvement, donations and volunteers. For instance, Maple Leaf donated 1,500 sausages for the pancake breakfast; Original Pancake House donated the pancake batter; tables, chairs and tents were donated at a reduced rate from Tentations; and McDonalds donated all the coffee. Ride for Mom also involved over $12,000 in silent auction prizes and a door prize of a GPS donated by Cabela’s.

There were over 60 volunteers including many Eastman club members and their families who helped in every way they could, in all aspects of the event. Most importantly, the trail needed a lot of work and club members gave up their weekends and holidays to do it. 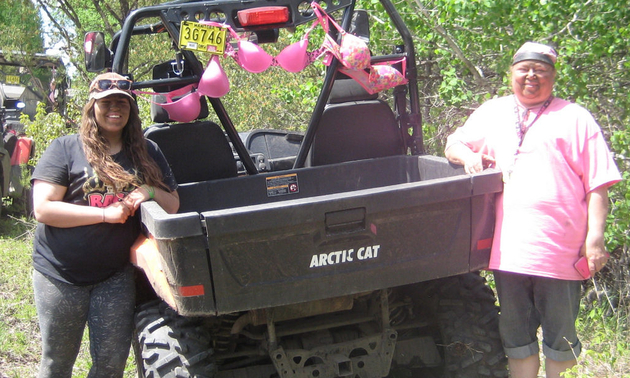 Participants of the Ride for Mom stop for a photo.
— Deborah Nicol photo

“We are debating whether we can do a Ride for Mom next year as it’s a ton of work and really hard on our trails,” said Nicol. “We had to get some heavy equipment in because you don’t think a corner is going to take much of a beating but when you have 800 people going around a corner, it becomes a wall. It’s a huge commitment by our trail committee members who give up their holidays to do the work. We’re having a meeting next week to decide what to do next year. The response is overwhelming from people who want it to happen again but it’s just such a huge commitment.”

Stay tuned and keep checking the Eastman ATV Association website to find out if the event will go on for a third year.

“Ride for Mom really supports an amazing cause,” said Nicol. “CancerCare Manitoba was amazing to work with—they were right beside us through the whole thing. They came out and were an amazing crew to work with. We are so thankful we could support them and we are humbled by all the support from the Eastman club, from member, their families, members of CancerCare, the volunteers, our sponsors—it’s very humbling to have them give so much of their products and time and support.”