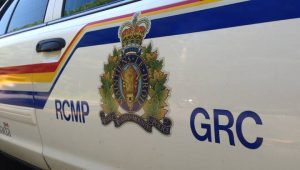 A four-year-old girl was killed after an ATV crash south of Winnipeg Wednesday afternoon. Around 3:30 p.m., RCMP received a report that the girl was taken to hospital by her 32-year-old father after the crash. RCMP went to the hospital and spoke with the father from Marchand, Man., who said his daughter was seated in front of him as they were driving up a hill on an ATV. That’s when the ATV flipped backwards onto both the father and daughter. It then continued to roll down the hill. The crash happened in the Marchard area, about 80 km southeast of Winnipeg. The girl later died as a result of the crash. That father was not injured.  Alcohol is not believed to be a factor. RCMP said the girl was wearing a helmet.