Great Food at the ATV Ride for Mom

Check out our breakfast special for the ATV Ride for Mom we will be service a grilled breakfast sandwich on the morning of the ride for your morning hunger. Bring your appetite !
#pvgsbreakfastclub
Craving Gourmet Grilled Cheese yet?? Book catering for this Spring/Summer! Any size event!
204-997-8914

Recent rain and improving weather conditions have allowed the province to lift travel restrictions in the eastern, central and western regions of the province with the exception of the Duck Mountains.  Motorized backcountry travel is not allowed between 10 a.m. and 8 p.m., and campfires are only allowed between 8 p.m. and 8 a.m. in the Duck Mountains.  Provincial resources including Manitoba Sustainable Development, Emergency Measures Organization and the Office of the Fire Commissioner continue to work on a number of fires around the province.  Ontario has provided 120 firefighters and Quebec has sent four water bombers.

The fires near the community of Ashern are considered under control, with crews remaining in the area to monitor and address a few hot spots.

Recent rain and high humidity assisted suppression efforts on fires near the community of Sapotaweyak Cree Nation but the community remains evacuated.

One new fire started yesterday and the total number of fires in Manitoba to date is 186, well above the 20-year average of 114 for this date.

A list of parks with campfire restrictions can be found at www.manitobaparks.com.  Visitors to provincial parks should check with park staff for the most up-to-date information.

For additional information on these restrictions, contact the nearest Manitoba Sustainable Development office.  To report a wildfire, call 911 or the T.I.P. line (toll-free) at 1-800-782-0076.

The back country travel ban have been lifted for our trail system. Please check this website for all the details. The travel ban is still in place for north of the Trans Canada Highway 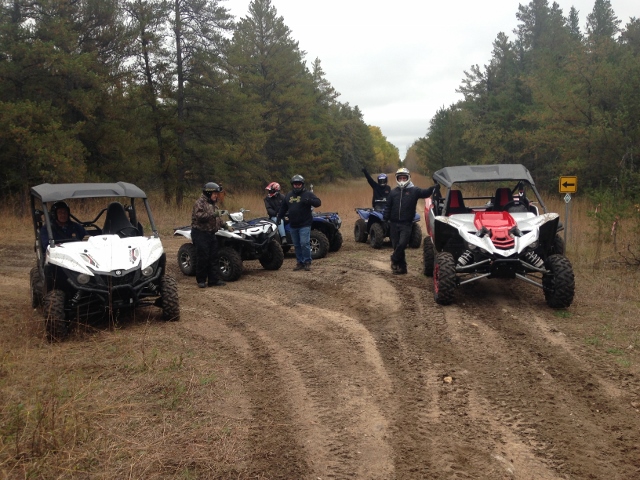 Manitoba Sustainable Development advises that recent rains and an improved weather forecast has allowed some burning restrictions to be lifted in southeast Manitoba, while some other restrictions still remain due to the high risk of fires.

For the eastern region, from PR 302 to the Ontario border and from the Trans-Canada Highway south to the U.S. border the daytime campfire restrictions have been lifted.  Motorized backcountry travel restrictions remain in place.

In addition, backcountry travel restrictions have been added to the Porcupine Provincial Forest as well as the area bordered by Lake Winnipeg and Poplar River, east to the Ontario border and south to the Wanipigow River.

All other travel and fire restrictions remain in place.  A list of parks with campfire restrictions can be found at www.manitobaparks.com.  Visitors to provincial parks should check with park staff for the most up-to-date information.

For additional information on these restrictions, contact the nearest Manitoba Sustainable Development office.  To report a wildfire, call 911 or the toll-free T.I.P. line at 1-800-782-0076.

Please exercise caution when in or near forested areas. If using an ATV in areas where backcountry travel is permitted, please remember to stay on developed trails, stop frequently to check areas around the engine and exhaust for debris and carefully dispose of any debris found. A small shovel, axe, and fire extinguisher should be carried with your ATV at all times.

Open fires are prohibited from April 1 to November 15 annually, except under a burning permit or in enclosed, approved fire pits such as grated campfire pits in provincial campsites where permitted. Activities in wooded areas involving fireworks or sky lanterns may also require written authorization during this time period in certain areas.

A list of local Manitoba Sustainable Development offices is available at www.gov.mb.ca/sd/wildlife/about/who.html

Please report all wildfires to 1-800-782-0076 (TIPS / Wildfires) Please note the TIP line is only for reporting wildfires and not for general information).

Two years ago, the Eastman ATV Association opened its trail in the heart of the Sandilands Provincial Forest.

The forest’s sand-based terrain grows all different kinds of vegetation, from shrubs all the way to tall pines. Association president David Lee said it’s a very attractive area to ride an ATV.

“There’s a lot of tight, twisty trails. Sand-based with some gravel, some interesting trails with a little bit of water on them, and it also ends up into a tight-packed trail with a clay base,” Lee said. “You’ve got a good variety of trails to ride out there.”

A popular site for ORVS

Lee said Sandilands has been popular with young riders for nearly 20 years, which pushed his group to see the area developed for ATVs.

“Due to the number of youth with ATVs in the area, there was a need to develop a designated trail system and the beginning of this started in 2009,” Lee said. “A group got together and the Eastman ATV Trail was getting redeveloped. Our vision back then was to have a designated trail on Crown land.”

Two years ago, that vision became a reality through the support of Manitoba Sustainable Development and other stakeholders.

“We were successful in securing one of the first trails on Crown land in Manitoba. There were other trails in the area before ours, but they were on rural municipality trails. They weren’t on Crown land,” Lee said. “So our trail and the Sandhogs Trail were the first to be developed on Crown land in the province of Manitoba.” Looking back, Lee was amazed with the amount of work they put into getting the trail recognized by the Province.

What tourists can expect

Lee feels any rider wanting to check out the trail network needs to come prepared by visiting the Eastman ATV Association’s website first.

“We strongly urge people to download the map because it is a trail and it is the responsibility of the rider to know where they are at all times,” Lee said. “The sign will show you around the trail but you need your map.”

Lee said there is a huge amount of land to cover in the Sandilands Provincial Forest, both on the Eastman ATV trail and the nearby Sandhog trail.

“Between the two clubs, you are looking at 180 kilometres of trail, so it’s a really good day ride,” Lee said. “You can ride our trail system which is approximately 90 kilometres. It’s set up in a loop, so you loop on out.”

Lee also encourages you to check out the trail managed by the Woodridge ATV Sandhogs.

“On the back end of our trail, there’s another trail system managed by the Sandhogs and that trail will take you into Woodridge,”  he said.

Woodridge is a small community built on the pulp and lumber industry in the 1900s. It’s also an ATV- friendly community.

“Woodridge has an ATV-friendly campground—you can take your ATV right up to the community store and buy fuel. There’s a great restaurant,” Lee said. “There’s a little hamlet where you can rent a room, so if you don’t have a camper, there are facilities available to stay overnight.”

What stands out on the Eastman ATV Trail?

Lee said there’s a lookout that can be found around the halfway point of the trail that dates back to ancient history.

“People can find a trail that will lead them to a ridge. It’ll look out to the north and you will be up higher than the rest of the area,” Lee said. “This is actually the shores of Lake Agassiz (from) back in the Ice Age. So there’s some historic value there that you are looking at ancient shores of an old lake.”

“It was a historic trail back in the time of the settlers, so you could actually travel through history,” Lee said. “There are remnants of an old corduroy road. You’ll see logs sticking up sideways and sticking on the ground. Settlers of our country travelled on this exact trail we are riding on today.”

For people willing to explore, Lee said you can find plenty off the beaten path.

“Another highlight is an old trappers shack. We call it the Red Roof Trappers Shack and it’s just a little bit off our trail,” Lee said. “It was a trapper’s destination point and there were people trapping out of there making a living.”

You can find a map of the Eastman ATV trail at https://eastmanatv.com/. You can also visit http://woodridgesandhogs.ca/sandhogs-trail-map-2016/ for a map of the nearby Sandhog trail.