The Wilderness Committee is calling on Manitoba to ban the use of all-terrain vehicles within provincial parks.

Conservation officers are not enforcing existing rules governing where motorized vehicles can go inside parks, he said. As a result, ATVs are creating mudholes in soft terrain and then compounding the damage by driving into the forest to avoid the pits, he said.

Dirt bikes, meanwhile, are polluting the wilderness with noise, he said.

“Recreational ripping around is not necessary inside a provincial park. There’s a lot of public land, there’s a lot of private land those things can be happening on, but we can’t do that in a park because it’s too much destruction, it’s too much disturbance for an area we need to be protecting,” Reder said Friday in an interview.

“There’s huge wetlands that are being torn up just this year because of all-terrain vehicle traffic, so the government isn’t controlling this. The mandate to control this has to come from the minister’s office. They’ve had this file for years and years and we still haven’t seen any action on it.”

Reder said he took his concerns to the province — and the government confirmed they’ve heard his concerns.

“The province works to achieve a balance between the protection of our parks, while allowing Manitobans certain recreational opportunities, including regulated use of ATVs,” provincial spokesperson Glen Cassie said in a statement.

“Trails are clearly marked and conservation officers enforce rules around access in our parks.”

With files from Leif Larsen and Trevor DineenReport Typo

We have a New Tool in our Tool Box

We are excited to share the news of our purchase of an Alldrive 6 Tonne Power Swivel truck. Eastman ATV was successful in securing a matched grant to help with the purchase of this equipment.

Eastman ATV would to thank the Manitoba Community Services Council MCSC and supporting partners for making this opportunity a reality for our community and all trail user groups of Manitoba. This equipment will be instrumental in helping us, as a club maintain our trail systems here in Manitoba. 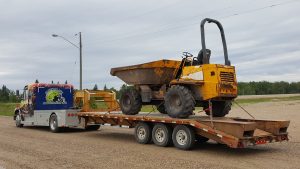 We still have two prizes not claimed. Here are the two ticket numbers –

Please help find a good home for these amazing prizes!
#1 – 111509 was claimed after the picture was taken. 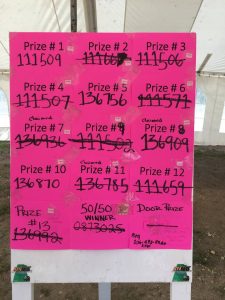 We will be on the trail this long weekend working on repairing the trail system. Please use caution when approaching moving equipment on the trail. 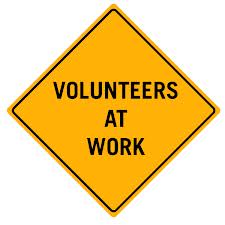 ATV Ride for Mom has less than 125 spots left!

atvrideformom.com to register your group today!

With your help, we will make sure that help continues to improve into the future. 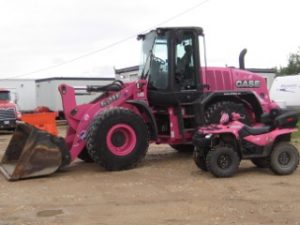 Spring is here and we are out inspecting the trails. The ATV Ride for Mom is eight weeks away and is fast approaching We are already 50% sold as of April, 12th, consider registering early and book your spots for this up and coming ride.

Please remember to collect those pledges for the cause. 100% of the pledges go directly to CancerCare Manitoba.

“Riding for a Cause – Breast Cancer”  REGISTER TODAY ! Click Here

For more information on this event please visit our event website. www.atvrideformom.com 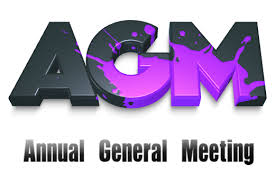 Please plan on attending this very important meeting for our club, we have invited the fallowing people to speak at the AGM.
Come on out and hear what we have planned for the 2017 riding season and see what trail expansion we have been developing for the future of our trail system.
We thank all the members that have renewed your membership for 2017 and if you have not renewed yet please consider renewing today and showing your continued support for responsible riding in this province. Building a sustainable riding system for all user group to share and enjoy for generations to come.
April 2, 1:00 pm – 3:00 pm
Location: Le Club les Bles d’Or hall
1254 Dawson Road
Lorette
Event information and Map “Click Here”
Renew your Membership Today “Click Here”

Just rode & cleaned Seine River from Lorette to Hwy#59. The big stuff anyways. Met quads,sleds, & even some dog walkers. Also met a new resident lives on river road. Has a Razor he’s game to ride with us. Anyone else interested lets set something up

When a 21-year-old male did not return home by snowmobile, after leaving a residence in Ile Des Chenes Monday night, his family members went looking for him.

The male was headed for home at approximately 10:30 pm December 19, but didn’t arrive. On December 20, at approximately 5:45 pm St. Pierre RCMP received a report of a snowmobile collision. The male driver of the snowmobile was located the next day in a ditch off of Highway 207 near the intersection of Pine Grove Road, in the RM of Tache. He was pronounced dead at the scene.

Although he was wearing a helmet, poor weather conditions that night may have been a factor in the collision. RCMP say there was low visibility with heavy blowing snow that night. The investigation into the cause of the collision is still under investigation.